When I started my world building exercises, well over two years ago now, it all began with a simple question as I was writing the first few paragraphs in my book.  What do my characters look like?  Of course, I knew the answer in a general sense, but when you are trying to describe specific details, this question can be much more challenging.

Initially, I tried visualizing my characters in my head, as they proceeded through various activities.  This worked … sort of.  But I was still missing details.  What was the color of the sunlight?  How did it reflect on their clothing, their hair?  For that matter, what were they wearing?  The same style of clothing for each character, or radically different, depending on their tastes?  How did they cut their hair?  What were their facial expressions?  Did their faces look like our faces, or different?  How different, and in what ways?

The search for the answers to these questions, and many more, led me on a long, and still ongoing, process of discovery and self-education.  Not being much of a traditional sketch or cartoon artist, I first turned to tools that I had used during my oceanographic modeling work, in particular, a program called Blender – an amazing piece of open source software.  However, Blender has a learning curve that is probably the steepest of all the programs I have worked with over the years, including ArcGIS.

At the beginning, all I wanted to do was create a model of a human body, one that I could shape and form until it matched the image in my mind.  There are several Blender-related programs that can assist in this goal – MakeHuman, Avastar, and ManuaelBastioniLab, to mention the main ones I tried.  The most significant problem with these programs is that they base their models on a “typical” or “average” human.  While Eldranth may look fairly normal in the picture above, ey is actually quite unique, being a blend of both male and female characteristics (e.g., hermaphroditic).  I struggled for some time trying to get the look I wanted, gave up and shelved the project for almost a year, wrote three-quarters of my first novel, started editing, and got stalled on the lack of details in my writing.  So back I went to my world building.

As you’ve seen from previous posts, this time I started with the big picture – the Ll’Ellendryn, Hauldryn, and the planet Ellendria.  I worked on language and customs, and finally I got back to Blender and my characters.

After much experimentation, I finally settled on ManuelBastioniLab (which unfortunately is currently undergoing some serious issues, as the original developer has abandoned the project).  This Blender addon has the greatest range of character adjustments for creating body types, and was the only one that really allowed me to achieve my goals.  So, here is Eldranth (close your eyes if nudity is an issue): 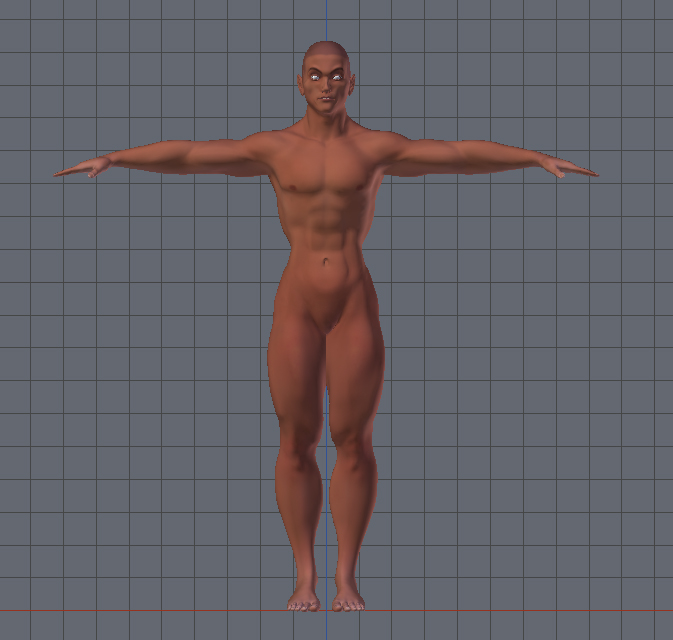 This is a good start … but maybe we need some clothing?  That turned out to be a real challenge.  You can’t exactly pick stuff up for em in Walmart.  However, lots of CG artists have created various bits and pieces of clothing which can be used as base meshes.  Getting these base meshes to fit the character is another challenge … one I won’t get into any details about, but let me say it took months to resolve.  And finally, getting the clothes to drape and wrinkle like real clothing under the influence of gravity and tension was another difficulty.

Eldranth is wearing eirs formal tunic.  For this, I needed to design his maternal and paternal crests (foalen and iveryn).  This was done primarily in Inkscape, and created a pattern that looked like this:

Using the UV map of a basic tunic mesh (this is rather like a flat map of the world), I used Photoshop to combine this pattern with an image of a linen material to generate the imagery for the tunic:

The pants and boots were somewhat easier to create.  The hair … a bit more challenging.  Ultimately, this is what I ended up with:

It’s a beginning.  There were still lots of issues … I needed to position the character in a natural pose, add some facial expression, and get rid of the really bad lighting.  More messing around with Blender, and I was able to generate Eldranth as ey is standing in the completed scene above.  This also involved creating environmentally correct shadows to match the scene. 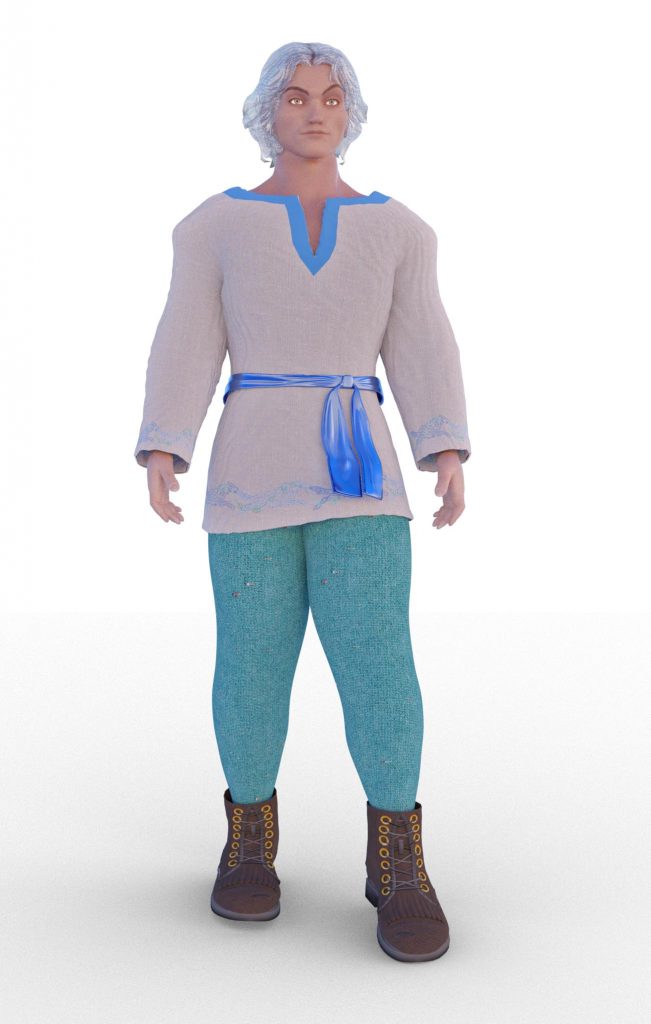 Back to Photoshop with a background of Diarven City generated in Terragen, and I actually have something getting close to a cover design for my novel (not finished yet, but getting there).

So …. here’s to Blender with love! 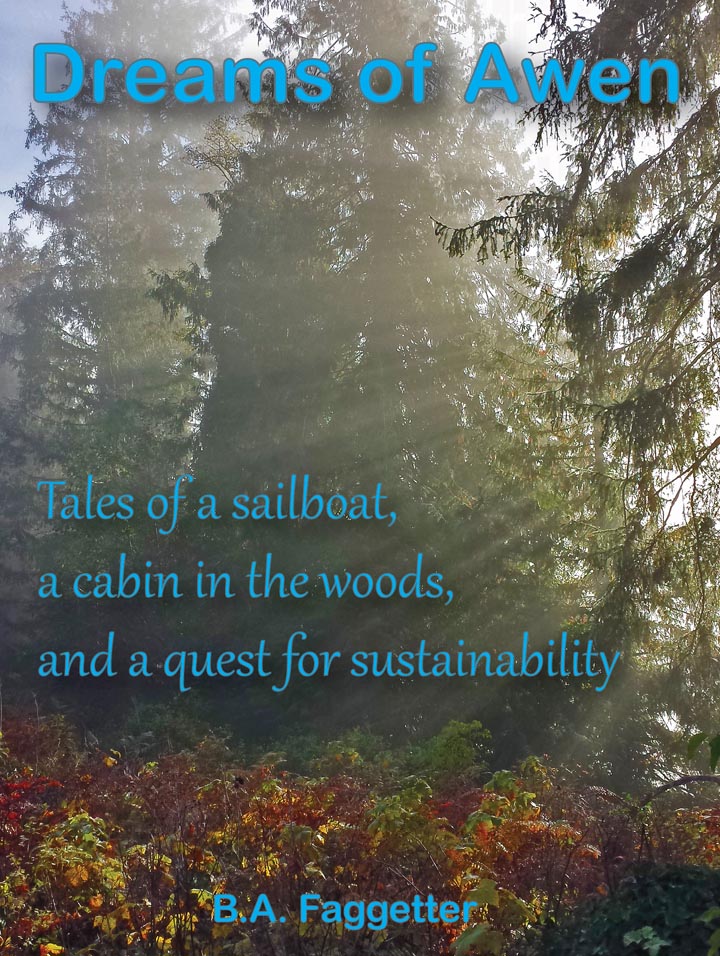 Dreams of Awen: Tales of a sailboat, a cabin in the woods, and a quest for sustainability
20% Complete
50 of 250 pages
More information